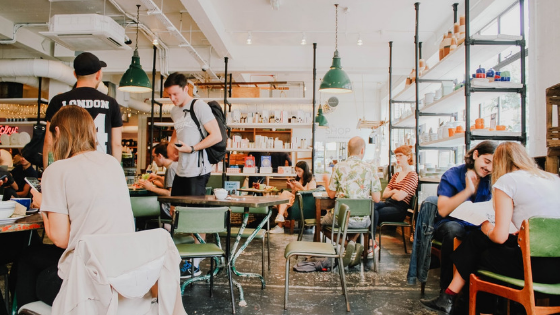 Networking is important for most professionals, loan officers included. Unlike certain more logical skills, networking skills aren’t usually taught in a class. Instead, they’re often acquired by practicing and through trial and error. If you’re looking to improve your networking skills and grow your network, paying attention to some common networking mistakes is an important strategy. By doing so, you can often save yourself the trouble of making similar errors, and you can learn about what works and what doesn’t. For loan officers looking to give their networking skills a boost, here are some of the most common mistakes to look out for:

This mistake keeps loan officers from exploring the full potential of networking. Loan officers tend to have busy days and a lot on their plates. They might feel like networking isn’t worth the effort or that they simply don’t have the time for it. Unfortunately, these loan officers are missing out on a great deal of untapped potential. Networking helps us to build our brand, make valuable connections, and learn new things. It creates opportunities and inspiration.

Getting to a networking event is great, but networking isn’t just about making those initial connections. For loan officers that tend to focus on quantity when it comes to networking, they often don’t get to experience its real value. When you’ve only met someone once or twice, it’s likely that the connection isn’t very strong yet. Networking is a process, and meeting people is just the first step. Professionals also need to focus on maintaining and strengthening their network. This is how you maximize its potential. If you make a new connection, strengthen it by following up with grabbing a coffee or having a quick call. And don’t overlook the people who have been in your network for years. You don’t want to be someone who only reaches out when they need a favor. Check in with your connections. Send someone an article you think they’d enjoy, share a book recommendation, ask a question, set a time for a quick catch up. This maintenance work is the heart of great networking.

Some loan officers might avoid people in their area with the same title, feeling like they’re their competition. Others might keep their networking strictly within the mortgage industry. Some might overlook the importance of a new connection because they don’t see an immediate value. All of these mistakes can be significantly limiting. When it comes to networking, it doesn’t matter what someone’s title is. If it’s the same as yours, chances are they’ll experience similar challenges and have similar goals. You’ll probably have a lot in common. Getting outside the mortgage industry is also important. Whether meeting potential business partners or prospecting for new clients, sticking within your industry causes you to miss out on a massive group of people. In any situation, when you meet someone new, you might not initially see a purpose or reward. That’s not what networking is about. If you have the opportunity to connect, do so. You never know where the road might lead, and investing in all connections is a wise strategy.

A strong network can be a powerful tool for loan officers. Unfortunately, these mistakes keep many loan officers from building new connections and strengthening the ones they have. To maximize the potential of networking, ensure these mistakes aren’t holding you back. Are there other networking mistakes that can limit loan officers? I’d love to hear your thoughts.

Do You Consider Yourself a Mortgage Expert?

How Can Loan Officers Warm Up Their Cold Calls?

© 2022 | American Pacific Mortgage Corporation. For informational purposes only. No guarantee of accuracy is expressed or implied. Programs shown may not include all options or pricing structures. Rates, terms, programs and underwriting policies subject to change without notice. This is not an offer to extend credit or a commitment to lend. All loans subject to underwriting approval. Some products may not be available in all states and restrictions may apply. Equal Housing Opportunity.