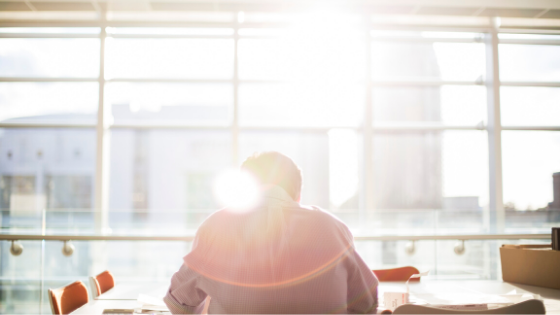 The way that leaders think not only affects their own success, but it also affects the success of their team. Though our mindsets may be operating in the background not getting much of our attention, they’re incredibly influential in the way that we work. They’re also a way for leaders to hack into their inner workings and set themselves up for success. When you evaluate your mindsets, work to change ones that are holding you back, and incorporate ones that can push you forward, you help to elevate your entire team. Let’s take a look at four key mindsets of successful leaders:

When you consider yourself, your individual team members, and your team more generally, do you believe that growth is possible? Success requires evolution and expansion, and leaders need to believe this is possible in order to create the right environment for these things to happen. If you don’t believe that you’re able to learn a new skill, why invest the time in reading or listening to podcasts. If you don’t believe your team members are capable of growth, why have regular check-ins on their progress? When leaders don’t have this growth mindset, they tend to believe they’re fixed in one place. This creates little to no motivation to strive for more. When you tell your team that growth is possible, you help cultivate this powerful mindset among your team members as well.

Success is their responsibility.

The best leaders tend to take an interesting position when it comes to the success of their teams. They see success as their responsibility, yes, but it’s more complex than this. These leaders see creating the environment for success as their responsibility. They feel responsible for providing the tools, resources, work culture, and support needed for their team to thrive. If their team fails to reach a goal, they look to themselves first, asking how they could have better guided their team. When their team wins, though, the credit goes to the team. Leaders don’t try to take the credit for a success achieved by their team. They set the stage for it to happen, and they give their team members credit for the hard work they put in.

There’s no doubt that being a leader can get stressful at times. Leaders have a lot on their plates, and the job can be demanding. But when these things start to bring down the overall attitude and energy of a leader, the whole team suffers. The best leaders know that positivity matters. They know that in order to effectively motivate and inspire their team, they need to maintain a positive attitude. They need to focus on the potential for success and the accomplishments of every team member, big and small. This attitude is contagious, and it helps to create a work culture where employees are happy and motivated.

They’re part of the team.

Finally, the best leaders know how to balance their authority and leadership with being a team player. They don’t separate themselves from their team. They show that they’re just as willing to put in the work as all of their team members. Any standards they set for their team apply to them as well. They know that it’s not distancing themselves from their team that establishes their position as a leader. Instead, they earn the trust and respect of their team members by working as an active part of the team.

Leaders’ mindsets play a key role in their teams’ success. These mindsets might not be out in the open and crystal clear for you to see, so it’s worth taking some time to check in and investigate. Where do you stand with each of these mindsets? Do your beliefs align with them, or are some of your beliefs in conflict? What do you think about the importance of mindsets for leaders? I’d love to hear your thoughts.

It’s All About Leverage

© 2022 | American Pacific Mortgage Corporation. For informational purposes only. No guarantee of accuracy is expressed or implied. Programs shown may not include all options or pricing structures. Rates, terms, programs and underwriting policies subject to change without notice. This is not an offer to extend credit or a commitment to lend. All loans subject to underwriting approval. Some products may not be available in all states and restrictions may apply. Equal Housing Opportunity.